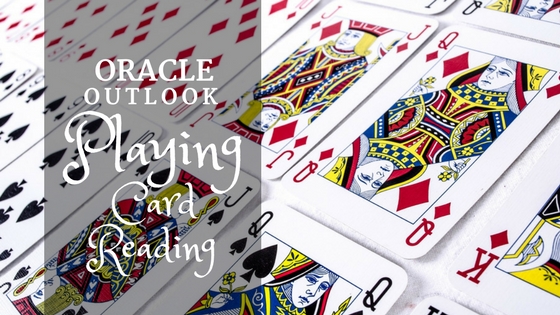 Happy New Year! I hope that, however you chose to ring in the New Year, you had a good time, and that your 2018 is off to a great start!

With this being the first Oracle Outlook of 2018, I wanted to work with a new deck in my collection, and that’s the Kadar Fortune Cards (created by Christopher J. Gould), which arrived on my doorstep a few days before 2017 came to its end.

The deck is based on Zoltar, an old fortune telling machine that appears in fairs and carnivals (and I’ve had my fortune read by Zoltar once when the annual fair came to town); all the face cards are people gazing into crystal balls, representing the ways we receive intuitive information.

It also has a comic book feel to the artwork, taking me back to the days when I worked in the independent and underground comics arena before embarking on my metaphysical career.

In doing my initial “interview” with Kadar, the cards that turned up indicated the deck wanted to be of assistance in a public way, so I thought I’d break it in by working with it for this week’s reading.

So, I’m taking the deck in hand, shuffling the cards, and asking the general question, “What do we need to know about the possibilities for the week ahead?” 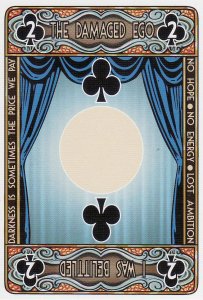 The focus card this week, which is in the middle of the line, is the 2 of Clubs.

Clubs is the suit of work and business and with the number 2 being about relationships and partnerships, the 2 of Clubs may be focusing on a working relationship or business partnership.

If it’s not in the literal sense, then the 2 of Clubs could suggest effort being put into a relationship so that it “works.” In that regard, Clubs is about being social and about making progress. The 2 would then suggest co-operation and compatibility.

With the number 2 also being about exchange, the 2 of Clubs can turn up to suggest help being either given or received, possibly in the form of some type of service being rendered. 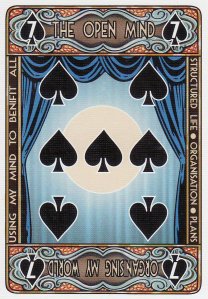 Starting off the line, we have the 7 of Spades. When I turn over a Spades card as the first in a line, it can suggest a problem or difficulty being resolved (Spades being a suit associated with challenges obstacles, and hurdles).

The 7 of Spades, in particular, can point to a setback or a situation that’s become stagnant. There’s possibly a decision that needs to be made to improve a situation, and that decision might be difficult to make or reach.

Spades can also be a suit of elimination, and the 7 of Spades can suggest the elimination of habits, behaviors, and tendencies that are unhealthy. This would make sense, given that this is the first week of a new year, a time when people make resolutions, and set goals or intentions, with the idea of making positive life changes. 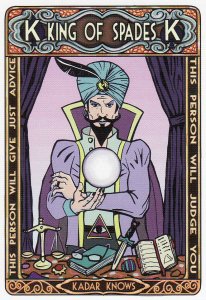 Between the 7 of Spades and the 2 of Clubs we have the King of Spades. Being a face card, the King can represent a man, or he can represent an aspect of ourselves, offering an approach to adopt that could move us through the challenging experience.

As a person, the King of Spades can represent a divorced or separated man; with that, a possible scenario is that the King may be a man who needs to put some effort into making a relationship work that may be changing to some degree (separation or divorce), because there’s something that still connects the parties involved.

If the King represents an aspect of ourselves, he might suggest a mindful approach when it comes to eliminating aspects of our lives that are no longer working for us. On his belt, there’s an eye within a triangle, and I see this as being committed (triangle) to a singular focus or vision (eye) when it comes to creating change.

What’s the one thing you’d consider eliminating from your life in an effort to improve it?

If we circle back to the idea of help being given, the King of Spades could be the person offering assistance. This King has books around him, suggesting that he’s well-read, educated, and knowledgeable, and that the help he might be giving is in the form of advice. 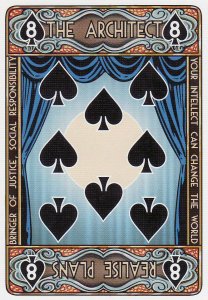 Moving to the other side of the 2 of Clubs, we have the 8 of Spades.

The 8 of Spades turning up can first suggest a block (being another Spades card to appear in the line this week). My go-to meaning for 8 of Spades is an investigation, which metaphorically can mean taking a closer look at a situation; this would fit with the symbolism of glasses in the image of the King of Spades, which mirrors the 8 of Spades.

This idea of investigation makes me think the information King of Spades would fit the bill, as the King can also represent someone associated with law and law enforcement (and there are scales in the image of his card).

Going back to the books in his card again, the symbolism suggests the act of reading up on something in order to find the answers being sought. 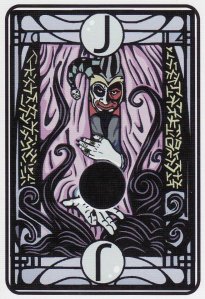 And that brings us to the final card in the line, one of the two Joker cards in the deck.

For me, the Joker is a “wild” card, suggesting a surprise or an element of the unknown (which is further reinforced by the black crystal ball in front of him). Seeing this gives me the impression that it’s important to be clear about the knowledge we’re seeking, and that it truly addresses the question(s) we need answered.

As a card reader, one of the things I help my clients with is coming up with the right and perfect questions to pose to the cards and to frame them in a way that helps them get the answers that would be most helpful.

And sometimes that involves wording the question so that it’s as specific to the situation as possible.

So there’s something having to do with specificity when it comes to looking more closely at a situation; it’s that specificity that will yield the best results (answers and solutions) possible.

Something else to consider with the Joker (and especially with Spades dominating the reading) is that this card can represent humor, suggesting the idea of “finding something to laugh about” in the midst of a challenge; or, if you tend to be very serious about everything, then the Joker might be offering you the message to “lighten up.”

And, on that note, I’ll close the curtains on the first weekly reading of 2018.