Answer Spread: Success with the Software

A few posts back, I shared an Answer Spread I did on the character of Will Horton, from “Days of Our Lives,” asking if he would get his memory back.

In that post, I also shared that I’m really enjoying working with playing cards at the moment, pulling them for my personal daily draws and other readings, while sticking with Tarot and Lenormand in my professional work with clients.

And I’ve been doing a number of Answer Spreads with my playing card decks. 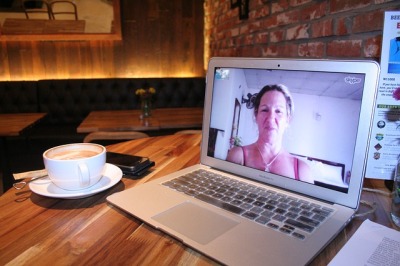 Recently, I consulted the cards, using the Answer Spread, regarding software for recording video calls.

Long story short, I’ve been working on a cartomancy coaching service, and I’ve been using a client to “beta test” the service to work out any kinks.

One of those kinks has been finding software to record Skype video calls. I’ve tested a number of them already, and each didn’t deliver what I was hoping for. I even bought a license for one, only having to get a refund when the software continually presented problems, and the troubleshooting advice I was given didn’t help in any way.

Then I discovered one that might just work, and I was feeling excited and optimistic.

So, on the morning of the next video call with my beta client, I thought I’d lay out an Answer Spread before getting on Skype, asking the question, “Will the software successfully record my Skype video call today?”

Using my deck of standard Bicycle® playing cards, I drew 8 of Clubs, 6 of Hearts, Little Joker, 3 of Clubs, 10 of Spades, and 7 of Diamonds. 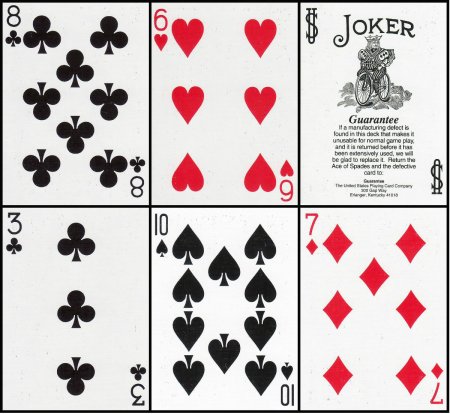 The 8 of Clubs and 3 of Clubs represent aspects of the situation.

The 3 of Clubs is a card that can represent work or business that’s growing and developing, again keeping with aspects of the situation (using Skype for business, and the growth and development of the service).

The 3 of Clubs can also refer to “on-the-job training,” and the coaching calls serve that function, helping my beta client make some progress with Lenormand, so she can, in turn, read the cards for her clients.

The 6 of Hearts and the 10 of Spades answer the question.

The 6 of Hearts is an interesting card to fall here. One of its meanings is a love affair, suggesting an emotional connection being made. My first thought is this card simply means that I will fall in love with the software, and how it works for me.

And then I remembered that this card can refer to a “book,” which would suggest knowledge and study, again a reference to the work being done (studying the cards).

The 10 of Spades brings problems and difficulties, and suggests some kind of block. The 10 is a number of success, but connected to a Spade, it can suggest failure. The 10 of Spades is a card of worry and fear, so I see it here as being worried the software won’t work (fail).

A Heart suggests starting out feeling optimistic, but with the Spade following, the mood may change to becoming pessimistic.

The Little Joker and 7 of Diamonds provide additional information to be considered.

The Little Joker is a “wild card,” and can suggest some type of surprise. Playing on the image of the card, which is a smaller image of the Joker riding a bicycle, I read this as making “small” progress. And the word “Guarantee” popped out, getting my attention.

The 7 of Diamonds, being the pivot card, is a card of investment, and can suggest reaping a reward for past efforts. Diamonds is also the suit associated with success, so seeing a card from this suit ends the reading on a more positive note than the 10 of Spades being the last card in the answer column.

And because of that, I was leaning more toward the pivot card as the answer to the question—that, in the end, using this particular software would be a rewarding experience.

So here’s how things played out…

I get on Skype and called the client, and set up the recording software. Everything is working.

Just as the client and I start to dig into the 9-card Lenormand box reading she did on her own, I notice a dialogue box, stating that the software has completed its five-minute recording.

I keep going with the call, and once the client and I finish, I immediately check out what happened with the software and the recording. 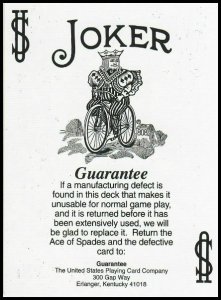 The video of the recording was great, so I was very happy to see that, especially with the problems I had with the other software in the past.

It turned out that the software is a trial version, and only records the first five minutes of a call, which I didn’t know when I first got hold of it. There’s a full version available for purchase.

So, the Answer Spread was spot on: I did love the software (6 of Hearts), even though it didn’t record the entire call (10 of Spades). And to my surprise (Little Joker), there’s an investment (7 of Diamonds) to make to acquire the full version.

The investment (7 of Diamonds) will be worth it (7 of Diamonds being reward), as it is nominal—and I can write it off as a business expense (in reference to the 8 and 3 of Clubs).

It looks like my biggest challenge (10 of Spades) with launching this coaching service just got resolved.